Be Careful What You Say; You May Be Listening.

How you communicate with others is important. How you talk with yourself is critical.

“You can think of self-talk as the inner voice equivalent of sports announcers commenting on a player’s successes or failures on the playing field. Unlike that sports commentary, which athletes never hear while they’re competing, you can actually “hear” what your self-talk is saying. When this is upbeat and self-validating, the results can boost your productivity. However, when the voice is critical and harsh, the effect can be emotionally crippling.”

Ever wish you could predict the future? Now that would be a handy SuperPower. You will get a pretty good idea of where your mind is headed—and therefore your life—if you listen to the things you say to yourself. Self-talk is a compelling window into the conversation that goes on, constantly, between your subconscious and conscious minds. This conversation can affirm your strengths, or it can argue for your weaknesses. Because of the Negative Bias phenomenon, discussed in Chapter 8 of my book Ignite your Dormant Superpowers, most of these thoughts will probably be negative.

Let’s say you are at lunch with colleagues from work (in the year 2043) and the conversation moves to the 30th installment of Pirates of the Caribbean. You hated the movie and say so. You point out that the series was dead after the 5th sequel and that by the 30th, and after a hip and two knee replacements, Jack didn’t have to fake his drunken walk, and that pairing him with a 24-year-old love interest smacked of pedophilia. No one at lunch agrees. Most of them think that it was the best since the first installment. Self-talk kicks in:

Well, that was a stupid thing for me to say. I believe what I said, but everyone disagrees, and some even seem angry. If my boss hears of this, she’ll think I have a problem getting along with others. There goes my promotion. I really screwed up this time. Why can’t I just keep my opinions to myself?

By the time you finish with this internal conversation, you feel worse than Jack looks. You run to the kitchen, pop an antidepressant and chase it with a tall glass of wine.

The first step in turning your self-talk positive is awareness. Be aware of the conversation going on inside. When the negativity begins to flow—stop it. Silva Mind Control, a self-help and meditation program developed by José Silva in the 1960s, taught that when you hear the negative dialog starting up, you say, “cancel, cancel.” This is a triggering mechanism that tells your subconscious to cut the crap. You can then consciously direct the conversation to the positive—with affirmative self-talk like:

I’m glad I spoke up. That movie sucked. If my colleagues all liked it, fine, but I am welcome to my own opinion.

I am glad that I had the guts to voice my opinion. I’m sure that some of them hated it too but were afraid to say so. Speaking my mind demonstrates that I am an independent thinker, do not fear criticism and have leadership qualities that the company will respect.

Positive self-talk can lift you up, bolster self-confidence and strengthen your self-image. The critical thing to remember is that, even though this is a conversation, both sides are you. You are not just listening to these negative messages; you’re sending them. They are the doubts and fears that reside within your comfort zone.

I could be wrong 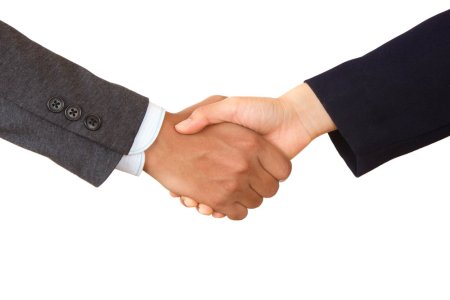 “The best words for resolving a disagreement are ‘I could be wrong.'” – Brian Tracy

Ah, the havoc we wreak in defense of our egos. Needing to be right is not only the primary impediment to resolving disagreement: it is the primary cause of disagreement.

Without getting terribly philosophical, the beginning of this condition is our belief that we are separate, unique, alone and vulnerable. If this is how we think, then our subconscious is tasked with the job of defending us against all who would make us wrong or harm us in any manner. This leads to what Stephen Covey calls a win/lose negotiation style. If the ego must triumph, then integral to winning is making sure the “other loses.

The cure for this condition is a shift in perspective. With a more global viewpoint, we see ourselves as part of a community of beings doing our best to live happy and productive lives. The desire for peace and harmony becomes more important than being right. We see and appreciate the benefits of all sides compromising so that none feel defeated or disenfranchised.

With this new, more productive perspective, we create less disagreement, easily and quickly resolve disagreements when they do arise and are in a position to learn. Being open to the ideas of others is how we grow. Defending our personal opinions leads to stagnation. To grow or stagnate – our choice to make each day. So, for me, today I choose to grow. I’ll deal with tomorrow, tomorrow.

When all is failing, be optimistic!

Quote of the Week

Optimism is the faith that leads to achievement.
Nothing can be done without hope and confidence.
–Helen Keller

So, here is the million dollar question: How can you feel optimistic when you just lost 2 escrows and the one remaining is a short sale you’ve been nursing for 8 months? How can you feel confident when nothing seems to be working for you? (I know that was two questions)

You have no control over your feelings when you allow them to be shaped by past or current results. They become like corks bouncing on the waves, controlled by the winds and the currents.  Is this how you want to live? Of course not.

So, how do you break the relationship between what you see and what you believe? The same way you master anything—the same way you get to Carnegie Hall—practice, practice, practice. Detach your feelings from current events. Focus on your vision of the future. Visualize yourself as a happy, healthy, successful person and allow that image to mold your feelings. Yes you will feel better, but more than that—your positive, optimistic attitude will attract people into your life who can help you to succeed.

When you radiate self-confidence, others feel confident in your abilities.

He that Knows Not is a Pupil

“The only path to learning is to know that you don’t know.”   by I don’t know: some spiritual guy.

OK, but if you know that you don’t know then …you know, so how is that not-knowing? Cause if you know… I’d need Abbott and Costello to work this one out. Spirituality can be complicated.

What I do know (or not) is that, when communicating with another human, not knowing is critical to understanding.

The challenge arises because we each have a unique interpretation of the world around us, the relationships between this and that. For example, you may think that purple is the new black. I may think that it is satanic and anyone who wears it should be forced to eat garlic ice cream and live in Bakersfield (my apologies if you live in or are from Bakersfield). Or, you may feel that you are complimenting me by saying that I’m looking much better. I may hear “you look like hell most of the time.”

What you say clearly communicates your meaning—as registered by your personal interpretation. Problem is: I don’t hear through your interpretations, I hear through mine. What to do? Two words: Awareness – Patience – Persistence. OK, three words.

Awareness: To communicate effectively you must first be aware of the fact that everyone interprets words through their own unique perception. So, when you hear a statement from another, don’t assume that you understand.

Patience: Take the time to check out your initial understanding. “So when you say you are going to buy a purple dress, are you saying that you worship Satan and wish to move to Bakersfield?” At which point you can correct my misinterpretation and say, “Why no, I don’t.”

Persistence: Question until you understand the speaker’s meaning. “So, if you don’t worship Satan and are not moving to Bakersfield, why do you want to buy a purple dress?” “Because,” you answer, “I read in Cosmo that purple is the new black.”

Ah, now we are communicating.

You Are What You Think About

Aw, it is time once again to put last year to rest and start anew. Once again we have made the long trip around the sun and avoided burning up or hurtling out into frozen space. Yeah! We’re ahead of the game already and the year has barely begun.

It is also a time when we ruminate about the past year and wonder about the coming year – will it be better, worse, the same?  And as always we have the choice to make these ruminations productive or …not. Here’s a tip, avoid not.

Here is what “not” looks like: Long, depressing periods thinking about all of the bad luck that came your way last year, the decisions you wish you hadn’t made, the relationships you wish you had avoided, the money you lost, the debt you incurred…. What is wrong with a little cathartic wallowing? Just this, and I’ll quote Emerson. “You become what you think about all day long.” And this is only one of hundreds of quotes from very smart, very successful people that communicate the same message.

If you focus on everything that went wrong last year, and, if “you become what you think about all day long,” you have become the lead role in Groundhog Day, doomed to repeat, in this case, the same mistakes, the same bad choices, the same “bad luck” year after year after year.

Don’t get depressed! The “not” is not necessary. We are, after all, intelligent people with aspirations and dreams. Understanding the rules as articulated above by Emerson, you have the free will to CHOOSE not to focus on what is wrong with your life. You can CHOOSE to focus on what is right. Instead of projecting the worst of your life forward, project the best. In his book on raising healthy children, Wayne Dyer suggested that we “catch them doing something right.” By focusing on and commenting on their positive behavior, they tend to repeat that behavior – petting the dog instead of cutting her hair with mommy’s scissors.

In the arena of personal growth, reviewing last year has only two productive purposes: learning lessons necessary to move forward in a positive manner, and congratulating yourself for everything that you did right. Then, of course, you want to build on your right moves by creating a vision for the coming year. Focus on that vision with passionate certainty and you will have an amazing year.